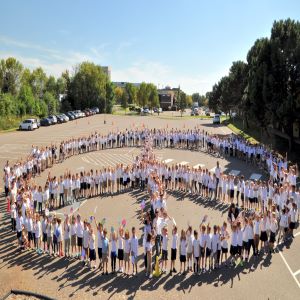 On Wednesday, September 22nd, the ISLA Transportation Committee met with Chelaine Crego, Terminal Manager at NorthStar Bus Lines.  The following is a synopsis of this meeting:

The Committee shared a list of current issues with NorthStar in advance of the meeting and worked through the list with Chelaine from NorthStar. ISLA shared the frustration of families, safety concerns, and suggestions for improvements. NorthStar shared about how they have fared well in an incredibly challenging industry at the moment. There is a nationwide shortage of bus drivers, but they have managed to continue hiring and have covered almost all shifts so far this year. However, 40% of their drivers this year are brand new to driving buses so there have been a few hiccups due to new drivers gaining experience and comfort. They are training another handful of bus drivers currently. Bus Routes 1, 3, and 5 have been the most problematic for ISLA and its families. Routes 2, 4, 6, and 7 appear to be running well.

Chelaine also mentioned that there was an issue during the first week of school when buses were switched. It had to do with all of their dispatch phone lines being constantly busy. She confirmed that they have put a new process in place so this issue should not occur again.

There had been an issue with one bus driver not consistently wearing a mask and that issue has been rectified for safety and to comply with Federal rules.A safety issue was reported about students being dropped off significantly early with children being left at street corners alone. ISLA will ensure that buses do not leave school prior to 4:20 pm when the routes are scheduled to start. The early dismissal of buses is what caused this issue so this change should provide greater safety where children are dropped off at stops early. Parents should always plan to be at stops to pick up children 5 minutes prior to the scheduled drop off time. Going forward, new routes and/or route changes will start on Mondays.

NorthStar has a standing policy to re-evaluate all bus stops after the first 10 days of school. Their drivers will each be reporting back with their respective route copies to inform which stops have not been used in 10 days. Any bus stop that is not used for 10 consecutive days will be sent to ISLA on the “Dead Stop” list. Emily can then follow up on those stops and confirm which stops can be dropped from the route. This process is kicking off this week and ISLA expects the follow up list by Friday 9/24. Once dead stops are confirmed the bus routes will be updated.

ISLA has requested that NorthStar review routes to determine where stops could beconsolidated. Our current transportation offerings allow for stops to be up to 7 blockswalk from a student’s home. Consolidation of stops seems most relevant to Route 5where the bus stops at every corner in some areas. NorthStar will review opportunities to consolidate stops and plans to provide the proposed consolidated stops to ISLA on Tuesday 9/28. ISLA can then review prior to updating the route(s).

Addition of a Bus Route

NorthStar bid 7 bus routes for ISLA based on the 2019-2020 list of bus riders which was the best set of data that was available at the time due to 2020-2021 being a largely distance learning year. ISLA has grown significantly since that time and when NorthStar received the updated list of bus riders they informed Administration that 8 routes were needed to keep ride times below 1 hour. A decision was made to continue with 7 routes which has resulted in longer than expected ride times. The Committee has requested that NorthStar route 8 buses for ISLA and to present those routes to the Committee for review. NorthStar expects to have this ready for ISLA by mid next week. Chelaine confirmed that they would have a driver available and could start an additional route as soon as October 11th. This, of course, comes at additional cost to ISLA.

Collection of Data on Routes for Analysis

ISLA has requested reporting for each route including

NorthStar will use Zonar to collect data for a week. This data will be provided to ISLA late next week.

It is ISLA’s responsibility to communicate route changes. All route changes are reported to Emily. Emily spent most of her day on Saturday sending individual emails to families with their current morning and afternoon stop times. The Committee plans to reach out to the Technology Committee to request assistance in creating a more efficient process to communicate route changes to families and still maintain safety by not making routes and stop times public.

Chelaine confirmed that the app has been updated to provide updates starting 30minutes before the route starts and will continue to provide updates for 3 hours. Chelaine noted that for some reason Versatrans does not correctly identify when buses are leaving ISLA and entering 494W on their way to 169N and instead marks them as “off route”. ISLA expressed that when the app shows the bus as “off route” it doesn't provide any information such as estimated arrival time. This is a known issue with the app and NorthStar is unaware of any solution for that issue. GPS based apps do not have this issue, however NorthStar does not have an option in which app they use as it’s tied to their routing software can do push notifications when there is a late stop. It is their process to do this when the bus is more than 10 minutes late. Occasionally, a driver doesn’t call into dispatch when they are late so they are unaware of the delay and therefore don’t send the push notification. They are always working with drivers to educate them on the importance of calling dispatch when they are 10 or more minutes late.

Jeremy provided some very welcome news that he intends to hire an additional administrative employee, perhaps a Director of Operations, to assist with transportation among other duties. The details are yet to be worked out, but there is already funding for a head count in the current year’s approved budget.

Once students are on the bus they are not allowed to get off the bus until they reach their bus stop. If the child needs to go to the bathroom they will not be allowed off the bus early. If a child vomits, the driver will pull the bus over and attend to the child and clean up, but no one will be able to exit the bus during this time.

ISLA Staff Support
This week ISLA PTO shared an opportunity for ISLA staff to submit grant proposals in support of enhancing the academic lives of children at ISLA or the ISLA community! The PTO is in a unique position to offer grants this year due to a reduction in expenses over the past 18 months due to COVID. We can't wait to see all the great ideas come in from staff! The grant proposal window is open through October 1. Awards will be announced to the community in mid October. Have an idea? Contact us! pto@isla.school or ptochair@isla.school

ISLA Families Support
Welcome to ISLA and Welcome to the PTO!! Did you know that when you joined ISLA, you also joined the PTO? As an ISLA parent, you're automatically signed up! Your membership is free and can be what you make of it. The PTO Board will email the school and PTO needs throughout the year and we encourage you to help out as able. We understand everyone has different talents, abilities, and time constraints, but know that every little bit helps! So, on behalf of the PTO, welcome and we look forward to getting to know you!

ISLA Community Building
Join us on October 3 for the Back to School Gathering, 3-5pm at Burnes Park in Hopkins! There will not be a potluck this year but the PTO will be celebrating Back to School with a special treat for everyone. We hope to see everyone there!

Let's Connect!
Get to Know the PTO Board! Visit us at http://pto.isla.school/board/board-members
We would love to connect! Email us directly or at pto@isla.school

Do you have ideas to improve ISLA’s presence on social media, its website and other marketing channels?

Do you have a passion for technology? Want to help shape ISLA’s tech assets at its new building?

Come learn both traditional Colombian dances, and new-age dance steps in this fun, after-school program led by our fabulous Language Ambassadors (LAs)! In this class, your child will explore dances that have been part of the Colombian culture for generations,and are still popular today. Dances can include Bambuco, Cumbia, Porro, andeven Salsa and Merengue! From folkloric styles to hip-hop, your kids will enjoygetting their wiggles out to the beat of the lively music! Classes will beMonday afternoons right after school - 4:20-5:20 pm. Pick up will be at 5:20 pmin the front of the building. Families can look forward to an informal dance recital during the last class! The entire class willbe taught in Spanish.

Two of our Language Ambassadors(LAs) - Srta. Anamaría from Colombia and Srta. Gisela from El Salvador - willintroduce fun crafts that students can take home each week! From paper to clay,paint to friendship bracelets, all levels of creativity will be addressed. Instructionwill be entirely in Spanish, and will touch on both Colombian and El Salvadorancultures. Students will gather outside on the steps in the front of thebuilding from 8:10-8:15 am. Please do not drop off your child or get out ofyour car before 8:10. If you arrive after 8:15, you will have to accompany yourchild in the building, check in with Emily Smith at the front desk, and walkyour child to the class since the building is typically locked at this time.