International Spanish Language Academy (ISLA), a public elementary school, immerses students K-6 in the Spanish language. This method of instruction, along with a rigorous academic program, provides students with a high level of proficiency in both Spanish and English.

ISLA values our global community and strives to make connections by respecting and understanding the views, values and traditions of individuals and cultures. Our school provides a quality education that prepares critically thinking, socially capable, culturally aware young people to thrive in a diverse, global society. 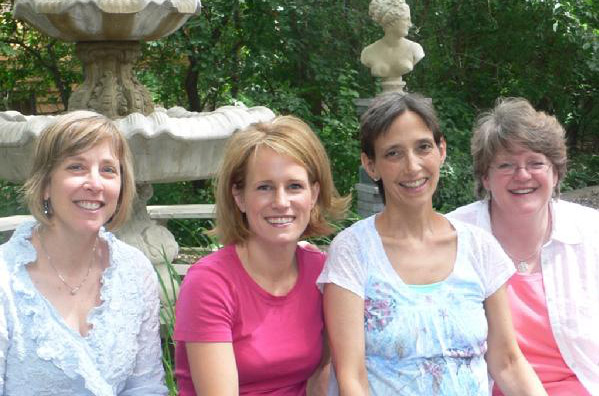 Karen Terhaar holds a Bachelor’s degree in Elementary Education, a Master’s degree in Second Languages and Cultures Education from the University of Minnesota and a Principal license in the state of Minnesota. She has been involved in immersion education since 1987. Over the course of her career, Ms. Terhaar has collaborated on many Spanish immersion projects including much curriculum writing, the creation of a Spanish scope and sequence for grammar and culture, and numerous writing projects in all subject areas.

Ms. Terhaar is bilingual and keeps abreast of research and studies in the area of immersion education. She has presented at numerous professional conferences and classes at the University of Minnesota including the MCTLC-CARLA joint conference Research and Practice in Immersion Education, the summer institute Dimensions of International Conflict through the University of Minnesota Center for International studies and numerous times at the U of M summer immersion institutes through CARLA. Additionally, she has conducted writing workshops at various schools in Minnesota and Michigan.

Karen has received prestigious fellowships that have provided her with invaluable experience and knowledge. In 1993 she was granted a fellowship from the National Endowment for the Humanities to research Spanish children’s literature in Spain. She made contacts with Spanish publishers with whom she still collaborates today when searching for valuable Spanish literature and resources. This same summer she studied Spanish literature and history in Madrid under a King Juan Carlos fellowship. In 1997, Ms. Terhaar was awarded a fellowship from the Council for Basic Education to do independent research on the Central American conflict of the 1980s. The knowledge gained from that study has allowed Karen to better understand the history of many of her colleagues from that region of the world. Ms. Terhaar’s extensive travel experience in Europe, Mexico, Central America, and Northern Africa has helped her to design a culture-rich curriculum and learning environment for students.

Kerry LeMieux holds a Bachelor of Arts degree in Spanish and Sociology from the College of St. Benedict in St. Joseph, Minnesota. Shortly after graduation, Ms. LeMieux furthered her education by obtaining a Master’s degree in Education with a focus on curriculum and instruction from the University of St. Thomas in St. Paul, Minnesota.

After graduation, Ms. LeMieux began her teaching career as a Spanish Instructor at Benilde-St. Margaret High School and the Perpich Center for Arts Education. She later sought and obtained a job as a kindergarten teacher at a local immersion school. Throughout her career, Ms. LeMieux has served on numerous building and district level committees to collaborate in the development of language arts assessments, Spanish oral interviews, and curriculum design projects. Perhaps her greatest accomplishment was developing, implementing, and administrating a summer Spanish camp that services approximately one hundred kindergarten, first and second grade students every year. She was also nominated to be NEA’s Minnesota Teacher of the Year in 2003.

Kerry has spent many years recruiting and educating families about immersion education. As a kindergarten teacher, she has faced many questions from the most nervous of parents and has successfully calmed their apprehensions. Her status as a Minnesota NEA Teacher of the Year Semi-Finalist is evidence of her success in the teaching profession.

Molly Quinn received a Bachelor of Arts degree from the College of St. Catherine, with a double major in Elementary Education (K-6) and Spanish. She earned a Master’s degree from Hamline University in Education. Her love of Spanish began in high school, nurtured by educators who shared their own personal enthusiasm for the language and culture. That positive energy motivated her to continue the study of the Spanish language and culture through college and beyond. Since traveling to Spain in High School, she has sought out further experiences that promote and explore diverse cultures, through travel to Spain, Mexico, Nicaragua, Guatemala and Ireland. As a result of this travel, study and personal connections she has had the opportunity to share these life experiences with her students over the years through story, pictures, artifacts, and a sense of appreciation of world cultures.

Ms. Quinn began teaching within the immersion experience in Minnesota in 1987. At the time there were few resources and limited outside help. Molly collaborated with other teachers embarking on the immersion adventure to create one of the first immersion schools in the state of Minnesota. She earned National Board Certification in 1997 in the area of Early Childhood Generalist, documenting multiple aspects of teaching and learning that she has implemented throughout her career. Her immersion experience spans nearly two decades; during this time she has networked with many other immersion teachers and schools. Ms. Quinn has shared her knowledge and expertise as a teacher, mentor, and cooperating teacher of student teachers. She has collaborated with colleagues and families, supervised and trained teaching assistants form various Spanish-speaking countries, and supervised educational assistants with respect to teaching full day kindergarten.

Angie Cabrera was an experienced and innovative educator with over 20 years of experience. She taught in rural and urban settings, spent 12 years developing and teaching in the Spanish immersion program in Robbinsdale, and worked at the Fine Arts Interdisciplinary Resource School (FAIR) in Crystal. As a graduate of the College of St. Benedict with a bachelor’s degree in Elementary Education, Ms. Cabrera began teaching in St. Michael/Albertville. After teaching there two years she decided to spend some of her time and talents as a volunteer at an orphanage in San Lucas Toliman, Guatemala. While there she worked with 150 children ages 3-18, learning much about the Hispanic culture, the Spanish language, and gaining a fresh perspective on life.

Upon returning to the United States, Ms. Cabrera taught at St. Stephens in downtown Minneapolis, and the GAP school in St. Paul. When she heard about a new program – Spanish Immersion School – starting in Robbinsdale; she left St. Paul to join the group of five brave teachers who were building the new program. Ms. Cabrera developed and taught curriculum at every grade level 1-4. She was instrumental in hiring new staff, mentoring them, and developing the scope and sequence that the new school was built on. After seven years she got her masters degree in Information Media from St. Cloud State University. As Media Specialist at RSI she took on the task of developing the first Spanish Media curriculum in the state of Minnesota.

In 2000, Ms. Cabrera left the Spanish Immersion program to assist in the development of a new school and program – the Fine Arts Interdisciplinary Resource School, a 4-8 middle school in the WMEP district. Her responsibilities as Media Specialist there included the management of a TV studio and 3 computer labs, overseeing a media staff of three, video production and photography, along with the information gathering skills. She trained in READ 180, a reading program to enrich the skills of low performing readers. She purchased all equipment for the lab, from carpet and tables to keyboards, computers and networking.

In remembrance of Angie Cabrera - ISLA founder, inspiring, positive, and always a visionary. 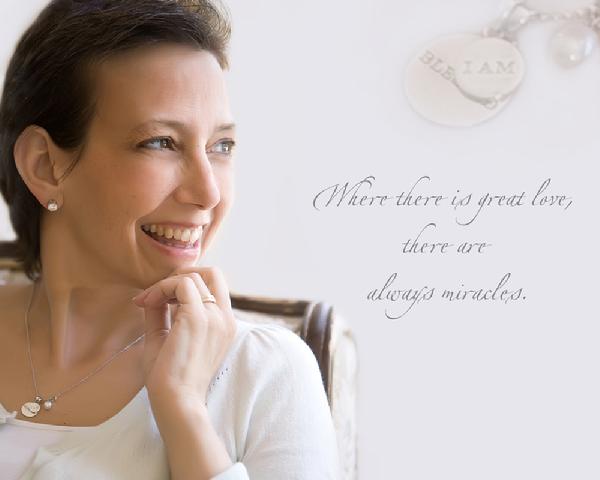 Angie inspired others to be better teachers and people. Angie had a unique rapport with children. She was compassionate and gentle. She believed in each student and always had an incredibly calm manner about her. In all the years she worked with children, never did she utter a single negative word about students. Not even “My class is driving me crazy!” That inspires all of us to be more like her. Her positive attitude led others around her to believe we could do anything, and with her we did.

Angie had a gift of vision that most of us never experience. She worked in an orphanage in Guatemala early in her adult life. She saw herself always moving into great things in education. Taking much of what she learned from that experience in Guatemala, she began teaching at Robbinsdale Spanish Immersion school its second year of operation. There she began the first and second grade teams, moved on to start-up the fourth grade, and then moved into the position of Media Specialist where she increased the Spanish collection and moved into an active role in teaching students as part of her responsibilities. When she was presented the opportunity to set up a new media center for FAIR school, she had a vision for what that could be, and moved into that position ready to do great things.

It was in the fall of 2004 that Angie took her vision to a new level. She had a dream to create a new Spanish immersion charter school, and convinced three others that this was a great new path to take. Angie did much of the early investigating into the process of developing a charter school. She was active in meeting with representatives at the state department, and some of you may remember her from the first informational meetings we held at local libraries.

It was in the fall of 2004 that Angie took her vision to a new level. She had a dream to create a new Spanish immersion charter school, and convinced three others that this was a great new path to take. Angie did much of the early investigating into the process of developing a charter school. She was active in meeting with representatives at the state department, and some of you may remember her from the first informational meetings we held at local libraries.

It was about a year into the development of ISLA that Angie was diagnosed with cancer. This was a significant blow that sidelined her from the months of ISLA work that followed. She worked through some very difficult days and months, and felt a bit better by the fall of 2007 when ISLA opened its doors. Angie came in a few days a week that September and supervised on the playground , brainstorming ways we could improve our recess structure. She saw that the teachers needed easels, and went to Home Depot to purchase supplies to make the easels herself. She went through boxes of materials from her teacher days and donated everything she could to ISLA. She kept her vision of this new and improved immersion school alive.

While she was battling a nasty disease that presented her with many painful days, she found time to send encouraging notes of praise for what was being done at ISLA. She was always looking for potential teacher candidates, and kept up-to -date on our progress. It’s important you know of Angie’s contribution, as she is no longer here to attend Board meetings or work to continue to move ISLA in the intended direction. Angie passed away in June 2009. Please remember her every time you find something you really love in ISLA. She was, and continues to be a big part of establishing that.